Charles Augustus Lindbergh (1902-1974) achieved international fame after completing the first solo nonstop flight across the Atlantic Ocean on May 20-21, 1927. A Detroit native, Lindbergh took an interest in engineering and aviation from an early age, becoming a barnstormer at age twenty-three before enlisting in the Army Air Service. After completing his service, Lindbergh returned to civilian life in St. Louis as a mail pilot for the Robertson Aircraft Corporation. Around this time, Lindbergh learned of a $25,000 prize that had been offered by New York hotel owner Raymond Orteig to the first pilot to fly nonstop from New York to Paris. Lindbergh convinced nine St. Louis businessmen to finance the design of a specialized plane for the journey and named the new plane Spirit of St. Louis in their honor.

After his transatlantic success, Lindbergh used his fame to promote various causes. This journal page is from a three-month national flight tour he undertook on behalf of the Daniel Guggenheim Fund for the Promotion of Aeronautics. Of particular importance is the entry dated August 15, 1927, in which Lindbergh records landing in St. Louis, and the following entry for August 17, which shows him traveling to Kansas City by flying over Chamois and Jefferson City. Lindbergh’s historic trans-Atlantic flight and subsequent tours brought increased national attention to St. Louis and Missouri’s flourishing aviation industry.

Copy Request: Transmission or reproduction of items on these pages beyond those allowed by fair use requires the written permission of the Missouri Historical Society: 314-746-4510

Rights: The text and images contained in this collection are intended for research and educational use only. Duplication of any of these images for commercial use without express written consent is expressly prohibited. Contact the Missouri Historical Society's Permissions Office at 314-746-4511 to obtain written consent. 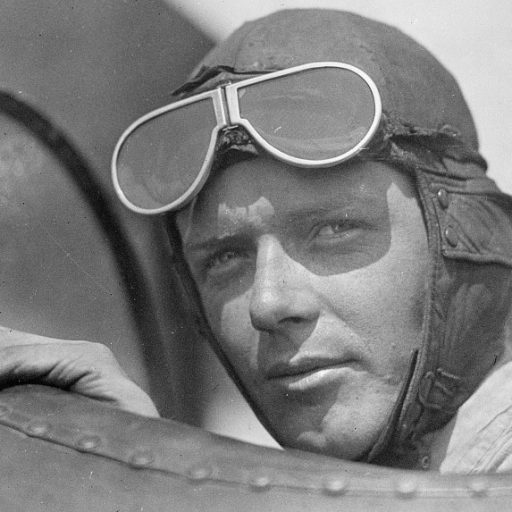 The Spirit of St. Louis: Charles Lindbergh and the Birth of the St. Louis Air Industry

Charles Augustus Lindbergh (1902-1974) is an extremely complicated person in American history. The virtues, flaws, and downright contradictions of his life and character are the subject of endless debate. What is not disputed is the influence that Lindbergh had on aviation. In an era when air travel, air mail, and even air forces were still …