Conestoga wagons, such as the one pictured here, were used to transport people and freight westward on the California, Oregon, Mormon, and Santa Fe trails in the decades before the construction of transcontinental railroad lines. This type of wagon was first built in the 18th century in Pennsylvania and became a popular choice for westward travel. The unique carved bottom of the wagon prevented goods from being jostled because the cargo naturally leaned inwards to the bottom center of the wagon. A canvas cover stretched over wooden staves protected the wagon’s contents from the weather. Conestoga wagons were typically drawn by six pairs of oxen, carried five to six tons of cargo and traveled between twelve to fifteen miles per day. These wagons differed from prairie schooners, the smaller and lighter “covered wagon” most settlers used to transport their families and household goods on the overland trails to new homes in the western United States.

The location of Western Missouri as the starting point for three major overland trails infused capital into the state and local economies during the mid-19th century. Independence, St. Joseph, Lexington, Westport, and Kansas City, were major outfitting posts and supply hubs for merchants hauling cargo and people moving westward on the California, Oregon, and Santa Fe trails. Freight was transported via Missouri River steamboats and offloaded for transfer or sale. Local wagon manufactures, including Independence freedman Hiram Young, built and sold their wagons and yokes to westward settlers and freighting merchants. Missouri livestock farmers also supplied oxen and draft horses to pull the heavy wagons and local blacksmiths shoed them. The completion of the transcontinental railroad in 1869 eventually resulted in a decline in travel and trade on the overland trails. 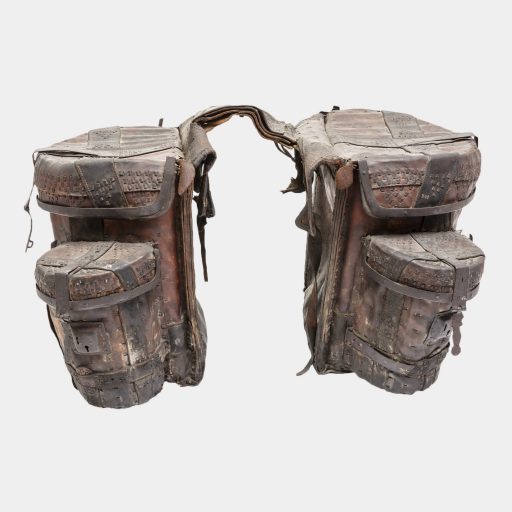 The Start of the Santa Fe Trade

Missouri neared statehood at a moment of serious financial struggle. Amid the depression that followed the Napoleonic Wars, important banks in Missouri were failing, and Missourians became suspicious of these institutions and the currency they issued. The legislature offered paper money to officials and merchants, which banks had loaned on the government’s credit, but the …