Carl Worner, a German immigrant, was a drifter and traveling artisan. At a time when unemployment was high, immigrants like Worner were able to support themselves by applying their whittling and artistic skills to carve dioramas or scenes of businesses displayed in a bottle. The scene in this “bottle whimsy” created by Worner in 1908 depicts the neighborhood tavern, Leonhardt Maier saloon, located at 3200 Shenandoah Avenue in south St. Louis.

Maier, the owner of the bar, also emigrated from Germany. He arrived in the United States in 1886 and had become a naturalized citizen by 1910. Maier represents the large number of German immigrants and their descendants who established taverns in St. Louis and sold beer produced by other German Americans in the city, thus making St. Louis the beer capital of the country. This scene, for example, displays a keg of beer produced by Klausmann Brewery.

Copy Request: Transmission or reproduction of items on these pages beyond those allowed by fair use requires the written permission of the Missouri Historical Society: 314-746-4510

Rights: The text and images contained in this collection are intended for research and educational use only. Duplication of any of these images for commercial use without express written consent is expressly prohibited. Contact the Missouri Historical Society's Permissions Office at 314-746-4511 to obtain written consent. 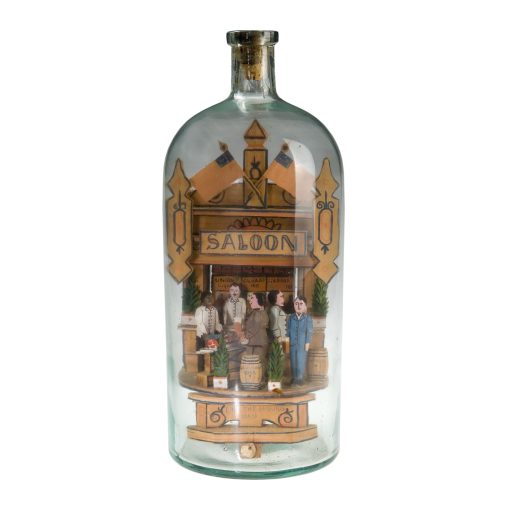 Slightly more than half of German immigrants who came to Missouri during the nineteenth century chose St. Louis as their primary destination. The majority of St. Louis Germans initially came from southern and western Germany, where economic and social upheaval had been the most intensive and devastating. These German immigrants were not destitute peasants but …