The seal of the Federal Reserve Bank of St. Louis denotes the building’s date of incorporation (May 18, 1914) and the Federal Reserve district which St. Louis would govern. District 8-H covered a large part of Missouri, all of Arkansas, and parts of Mississippi, Tennessee, Kentucky, Indiana, and Illinois. The Federal Reserve organizing board granted Missouri the unique honor of hosting two main branch locations for the newly authorized central banking system, the other being located in Kansas City and governing over the Plains states of District 10-J. The shield’s twelve stars represent the total of twelve Federal Reserve regions established throughout the nation. Apart from the stars and stripes, the bank’s seal contains other common symbols of the republic, namely the eagle; this helped to convey the strength of the federal government within this new central banking system. It also contains laurels, an icon of peace. The laurels suggested that the new Federal Reserve would finally bring a sense of stability and order to a chaotic system of banking that had prevailed in the nation since the destruction of the Second Bank of the United States during the Jacksonian era. 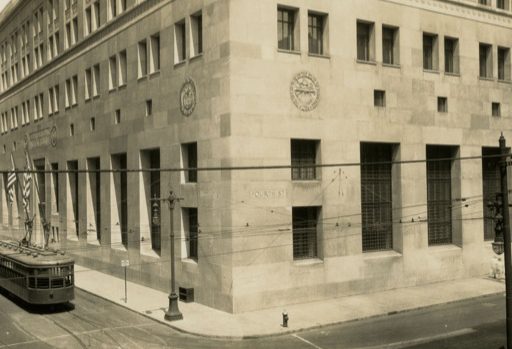 Stars and stripes, eagle and laurels—patriotism, federalism, strength, and peace; each of these symbols and values represented on the seal of the Federal Reserve Bank of St. Louis, Missouri, spoke to the mission of the system as a whole. The first central banking institution allowed to open in the United States since Andrew Jackson’s disastrous …