Glass lantern slide belonging to Arthur Hildreth, created by the US Slide Company of Kansas City, Missouri. It is a color image of the members of the first class of osteopathy on glass with Andrew Taylor Still in the center standing next to a skeleton.

On October 3rd, 1892, Andrew Taylor Still began classes at the newly formed American School of Osteopathy (ASO). He opened the ASO to train doctors who could assist him in meeting the demands of the hundreds of people flocking to Kirksville to be treated with his new methods. The number of students in the first-class varied, since the school was not yet standardized. This meant students could come and go as they needed which produced different versions of the roster. Most include five of Still’s children including his daughter Blanche, his brother Edward, four other women, and anatomy professor William Smith, M.D. From the start, Andrew Taylor Still welcomed women into his classes and stated that they fully vindicated their gender. He said “to me they have proven that if man is the head of the family, his claim to superiority must be in the strength of his muscles and not the brain.” He often said that of all the discoveries of the 19th century osteopathy would, in time, offer to women the field of greatest usefulness. The first courses in osteopathy were taught in this building from October 1892 until May 1895. The first classes were “relatively unstructured except for training in anatomy; which was taught from 8:00 to 9:00 a.m. with the aid of Gray’s Anatomy and a skeleton named ‘Columbus’.” Students spent the rest of the day observing or working with Dr. Still in the treatment rooms. At the end of the first year in April 1893, Still was displeased with his instruction and deemed the school unsuccessful. He had no intention of starting another class in the fall but was persuaded to continue by his family.

This glass slide is a representation of the first class of the new American School of Osteopathy. Osteopathy was a new form of medicine discovered by Andrew Taylor Still and Doctors of Osteopathy currently now number more than 151,000 nationwide with 38 osteopathic colleges in 58 different locations. This image also represents Andrew Taylor Still’s vision on inclusiveness and his belief in the equality of the sexes. Women were always welcomed at the ASO and after graduation held positions as professors and other leadership positions in the college and in the American Osteopathic Association. This put osteopathy at odds with the traditional medical world at the time. In allopathic medicine, in the rare cases when a woman would be accepted into medical school, her training remained firmly theoretical. Women were not allowed to observe or take part in dissections or any other hands on training, were made to sit behind a curtain in a separate area of the classroom and face strong opposition from their male classmates. Osteopathy was different; within the walls of the ASO women could take equal part in all lectures, getting hands on experience in dissection and manipulation alongside their male counterparts.

Copy Request: Requests for permission to publish or reproduce material should be directed to the Curator, Museum of Osteopathic Medicine, 800 West Jefferson Street, Kirksville, MO 63501; telephone 660-626-2359.

Rights: The text and images contained in this collection are intended for research and educational use only. The Museum of Osteopathic Medicine does not claim to hold the copyright for all material; it is the responsibility of the researcher to identify and satisfy the holders of other copyrights. 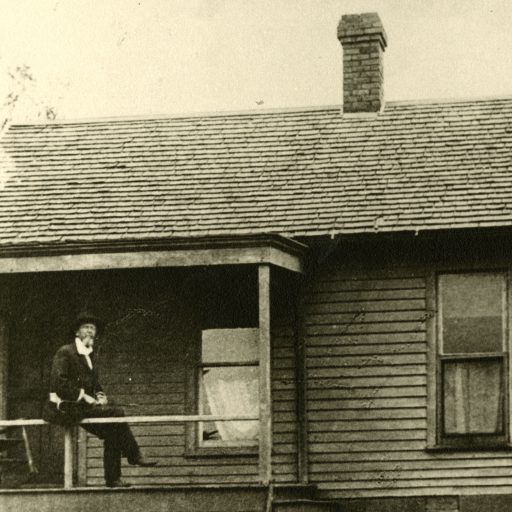 Osteopathic medicine emerged in north-central Missouri in the last decade of the 19th century at a time when medicines commonly included addictive opioids and damaging mercury purgatives. Andrew Taylor Still (1828­–1917) touted a medicine-free healthcare system that idealized the body as a machine capable of curing itself once restored to proper alignment. Still’s operators, as …