President Thomas Jefferson sent diplomatic envoys, James Monroe and Robert Livingston, to France to negotiate with Napoleon Bonaparte for the purchase of the port of New Orleans (and possibly Florida) in a bid to control access to the Gulf of Mexico. They were authorized to pay up to $10 million. Napoleon needed money as a result of his repeated and expensive failed attempts to take back control of the French colony of Saint-Domingue from enslaved and free Black insurrectionists who had liberated it. As a result, he decided to divest in France’s North American colonies. To Monroe’s and Livingston’s surprise, the French offered the United States the entire Louisiana Territory – 828,000 square miles (530,000,000 acres) of land west of the Mississippi River – for only $15 million. This acquisition would double the landmass of the United States. Fearing Napoleon would change his mind, the Americans quickly moved forward to sign the Louisiana Purchase Treaty on April 30, 1803.

President Jefferson embraced the terms of the treaty, in the process setting aside his belief that the US Constitution restricted the power of the federal government in favor of his conviction that it was the destiny of white Americans to expand westward. Jefferson’s vision of an “empire for liberty” stretching into the West came at a tragic cost to the Indigenous people who inhabited the land and the enslaved people of African descent who were forcibly brought there to develop it. In 1812, the Missouri Territory was carved out of the Louisiana Territory, becoming a state only nine years later. 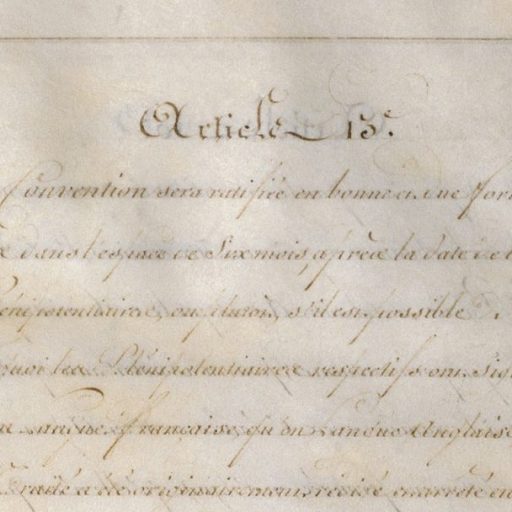 The Louisiana Purchase encompassed 827,000 square miles (530,000,000 acres) of land within the North American continent. Prior to the purchase of Louisiana, the footprint of the United States was confined to land east of the Mississippi River. The purchase gave the United States control of a large section of land in the middle of the …