Cartoons like this published in the St. Louis Republic aimed to convince readers that the German-language press in the United States did not provide education but instead served as a tool for German propagandists. Although the publisher and editor of the newspaper appreciated the contributions of Germans like Carl Schurz and Friedrich Wilhelm von Steuben, by April 1918, they also initiated a city-wide campaign to rename German-sounding street names with American names. For example, Berlin Avenue became Pershing Avenue, and Kaiser Street became Gresham Street. These examples reveal only a few of the ways that Missourians with German heritage were treated throughout World War I. 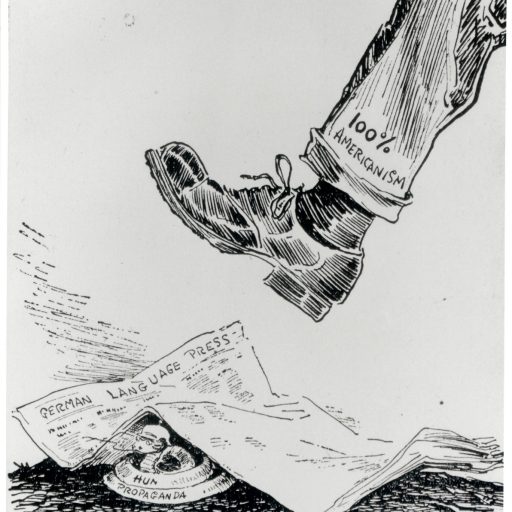 German Americans in World War I

The loyalties of Missouri’s German American residents became suspect after the United States entered the Great War on the side of the British and French in April 1917. Most people of German descent actively worked to convince their neighbors of their allegiance to their adopted nation rather than their nation of birth. Federal laws increasingly …