Brookings Hall was one of the first buildings on the Danforth Campus. The cornerstone for Brookings (then University) Hall was laid on November 3, 1900, and construction was completed in 1902. The architects were the Philadelphia firm Cope & Stewardson, represented by James P. Jamieson. The general contractor was Bright Construction Company. These companies worked together on other early campus buildings. It was leased to the Louisiana Purchase Exposition Company for use during the 1904 World’s Fair as the Administration Building. The building was occupied as the administrative center by the university in February 1905, and was known for many years thereafter as University Hall. The name was officially changed to Brookings Hall on June 12, 1928. 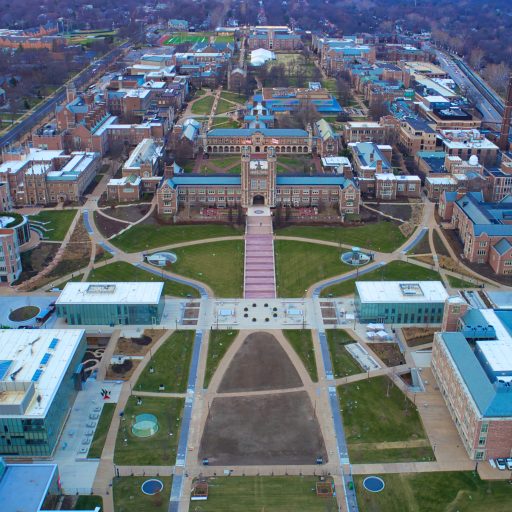