In the first half of the twentieth century, segregation and discriminatory practices kept Missouri’s Black residents from accessing equitable medical education and healthcare. After years of lobbying for adequate hospitals, in 1937, St. Louis welcomed a state-of-the-art medical center to serve the Black community.1 The construction of Homer G. Phillips Hospital represented a transformational moment in Missouri’s history. As one of the many segregated hospitals opened in the state, Homer G. trained at least a third of all Black doctors in the country and offered some of the best care to African American patients until it closed in 1979.2 This essay will use Homer G. Phillips hospital as a case study to illuminate the history of Missouri’s segregated hospitals and highlight the efforts of African Americans who sought equitable healthcare for their communities.

Homer G. Phillip’s history begins with the first calls to better Black healthcare in St. Louis. In the early 1900s, African American patients faced discriminatory care at City Hospital No. 1, where they were often turned away or committed to an overcrowded segregated ward. At the same time, few residents could afford care offered by private Black physicians who operated at a higher cost with limited space. In 1914, a committee of seventeen Black physicians implored the mayor to recognize the lack of training opportunities and inadequate facilities for African Americans at City Hospital No. 1.3 City officials responded by purchasing the abandoned Barnes Medical College for $87,000 and renovating the facility to care for St. Louis’ 70,000 Black residents. Opened in 1919, the 177-bed medical center became known as Hospital No. 2.4

Within a few years, City Hospital No. 2 became inadequate to meet the growing demand of the African American population. In 1923, local attorney Homer G. Phillips led a campaign to acquire a civic improvements bond issue for the construction of a larger hospital. He claimed that since City Hospital No. 2 was built, the Black population had grown considerably due to continuous migration to St. Louis from rural Missouri and the South. The bond issue was passed for 87 million, with one million slated to fund a new hospital.5 The city refused to allocate the funds toward the construction of the hospital, arguing that a separate and independent facility for Black patients was completely unnecessary. Instead, they suggested adding a white-run annex for African American patients to Hospital No. 1.6

Although morally opposed to segregation, Phillips understood that Black doctors and patients could not receive equitable care or training at Hospital No. 1, where they faced exploitation at the hands of white doctors. Thus, he argued against the annex proposition and pushed for the separate hospital plan to move forward. Over the next decade, Phillips fought alongside other groups like the Colored Committee of the St. Louis League of Women Voters, until 1932, when the ground was finally broken for the construction of the Homer G. Phillips Hospital.7 Unfortunately, Phillips would never see his dream realized as he was tragically killed the year before. The circumstances of Homer G. Phillips tragic death remain contested. In the morning hours of June 18, 1931, 51-year-old Phillips, left his home to wait for the streetcar. According to a witness account, Phillips was approached by men who shot him 6 times. Two teens were eventually arrested and tried for his murder, but the jury found them not guilty. Many theories exist as to why Phillips was targeted, all of which are overshadowed by the reality that the police never solved the crime.8

Homer G. Phillips was dedicated in the morning hours of February 22, 1937.9 Designed by architect Albert A. Osburg, the Hospital was constructed for 3.16 million dollars in an H form with art deco features.10 The seven-story medical center had a central administration building with four wings extending from its core. Facilities included an additional service building and a nurses’ home with accommodations for 146 nurses and 24 interns. 11 With 685 patient beds, Homer G. Phillips became the largest and most equipped Black-run, Black-serving hospital not only in Missouri but in the country. In its first year of operation, the hospital served 100,000 patients.12

Located at 2601 Whittier Street in the Ville, Homer G. Phillips quickly became a pillar of St. Louis’ Black community. Just northwest of downtown, the Ville was a residential, business, and cultural center for Black St. Louisans. At its peak, the hospital created nearly a thousand jobs for physicians, nurses, aides, ambulance drivers, and other workers living in the area.13 Alongside the Sumner High School, Antioch Baptist Church, Annie Malone Children’s Home, and other Black-run businesses, the hospital fostered stability in the Ville during the years of segregation.14

Homer G. Phillips Hospital also became the premier hospital for teaching Black physicians in the region. For over 20 years, 75% of African American doctors in the United States were interns at Homer G.15 Helen Elizabeth Nash, a former intern, recalled, “Well everybody came to Homer G. It was one of the best places. They took the largest number of interns, and you could be sure of getting a residency.”16 After receiving training at the hospital, Nash became the first Black woman on the pediatrics staff at St. Louis University and an activist for African American healthcare.17 Like Nash, many Homer G. Phillips graduates went on to have successful careers at renowned institutions at a time when discrimination prevented Black and women physicians from holding high-ranking positions.

Alongside doctors, the hospital trained nurses and other medical professionals. One nursing student, Lula M. Hall, came from Little Rock, Arkansas to study at Homer G. Phillips. After graduating from the hospital’s nursing program in 1959, she worked as an acute and psychiatric nurse in St. Louis until her retirement in the 1990s.18 Before the last graduation of nursing students in 1968, the hospital had trained hundreds of nurses like Hall. The hospital also had laboratory and x-ray technician programs and educated foreign doctors who were denied training at other hospitals because of their race or ethnicity.19

Homer G. Phillip’s leadership extended to quality patient care. By 1945, the hospital ranked in the top 5 largest general hospitals.20 Over the next two decades, the hospital led the development of the practice of intravenous feeding and treatments for ulcers, burns, and gunshot wounds.21 The hospital also saw gains in infant care.

For all its successes, the hospital still faced unfair and discriminatory funding which negatively impacted the institution. The Comptroller’s Department did not afford the hospital the same funding as Hospital No. 1, and many departments at Homer G. Phillips were not in control of their own finances. These conditions led to supply shortages, loss of appropriated funds, and insufficient wages for physicians, nurses, and staff.22 As a result, the hospital struggled to recruit medical students, ultimately ushering a decline in the quality of care.

Homer G. Phillips experienced radical changes in mid-twentieth century. Rising costs had spurred St. Louis Mayor Raymond Tucker to order that city hospitals desegregate in 1955, a decision that effectively signaled the end of an era for one of the most successful Black hospitals in the United States.23 In the fall of 1964, newspapers began reporting that the city intended to relocate departments and possibly close Homer G. Phillips. After a 15-year fight to keep the hospital open, Mayor Vincent Schoemehl and Judge James Conway mandated Homer G. Phillips close and transfer its departments to Hospital No. 1 in 1979.24 Community members protested the hospital’s closure, citing cultural significance and the continued need for a medical facility to treat Ville residents. The protests were unsuccessful, and Homer G. Phillips operated only as an outpatient and emergency care unit until 1985.25

Despite its closure, Homer G. Phillips Hospital remains one of the best examples of Missouri’s segregated hospitals. At times, Homer G. Phillips Hospital was among the best Black-run, Black-serving medical centers in the nation. The care that African American patients received was far better than they could access at most public hospitals, and the educational opportunities afforded to Black doctors, nurses, and staff were innumerable. Nevertheless, care and education were never entirely equal due to the limitations of segregation.

Homer G. Phillips was not the only segregated hospital in Missouri, but rather part of a network of Black serving facilities across the state. In 1924, Kansas City’s General Hospital No. 2 became the first public hospital in the United States to be staffed and operated solely by African Americans. Six years later, a new General Hospital No. 2 opened in the city and became one of the nation’s most equipped segregated hospitals for the treatment and training of African Americans.26 Black-run medical facilities emerged in Missouri’s other cities, such as the Bartley-Decatur Center in Springfield, Wheatly-Provident in Kansas City, and General Hospital No. 2 in Sedalia. Although smaller, these hospitals were equally essential to providing equitable care for their respective communities during years of segregation.

Like Homer G, these hospitals were never given the same financial and technological resources as white-only hospitals, and their success rested heavily on corrupt politics and external factors. For all their achievements, segregation still limited these important institutions. 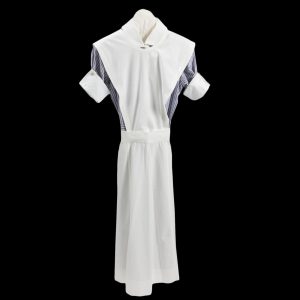