Most people today know George Caleb Bingham (1811-1879) as an artist. During his lifetime, Bingham saw himself “as a public officer” or “as a writer,” with “artist” a close third.1 All views of him are equally true: Bingham was incredibly skilled with a pencil and brush, a fact attested to by the numerous works of art he created, but he also was a successful politician who held many political offices during his life. However, what set the “Missouri Artist” apart from his peers was how his politics and worldview permeated his art. A man of deep conviction, George Caleb Bingham used both his art and politics to communicate his world view, not only to Missouri but also to the entire United States.

Bingham was born in Augusta County, Virginia, in 1811. He moved with his family to Missouri as a boy, and by 1820 lived on a farm three miles from the town of Arrow Rock.2 During his youth, Bingham observed several itinerate portrait painters at work, fueling a desire to become a painter himself. Bingham spent his spare time sketching and gained skills as a cabinetmaker’s apprentice that gave him great “insight into drawing.” By the time he began his career as an artist, he sketched and painted with bold, straight lines and an eye for detail.3 A truly self-taught artist, Bingham’s skill as such only served to increase his notability.

Though his genre paintings brought him considerable fame, Bingham’s primary source of income throughout his career was as a portrait painter. He was known both for the speed with which he painted and how everyone he painted appeared as unique individuals, although many of his paintings shared elements such as pose and lighting.4 This was due to Bingham’s belief that true art should mimic reality to such a degree as to be indistinguishable from it.5 A reporter once criticized him for this, saying Bingham “might be permitted, occasionally, a stroke or two more of flattery… In some instances, too faithful a copy of features is unfavorable to effect,” advice he readily ignored.6 This personal integrity was Bingham’s defining trait throughout his career as an artist and a politician.

Bingham also had a strong interest in civil affairs. A political activist, he regularly engaged in Missouri politics throughout his life, holding a variety of political positions as a member of Missouri’s Whig party, including serving in the Missouri House of Representatives from 1848 to 1856.7 His Whiggish concerns bled into his genre art, which regularly depicted Midwestern civil and political happenings. Prior to 1848, these paintings portrayed scenes of Missouri river life, such as Watching the Cargo and Lighter Relieving a Steamboat Aground, reflecting his belief that government-sponsored improvements to the Missouri River would benefit his adopted home’s economy. However, later works such as his Election series captured Bingham’s belief in the will of the people and constituents’ ability to shape their public institutions through the democratic process.8 This belief in the “manners of a free people and free institutions” was another hallmark of Bingham’s political and artistic legacy.9

Though he owned enslaved people prior to the outbreak of the American Civil War, Bingham believed slavery to be “incompatible with America’s democratic principles and ‘wrong in its origin’” as early as 1854; however, he favored gradual emancipation, fearing that the “demand for ‘immediate liberation’” would make “‘Emancipation [sic] upon any proper plan impossible,’” though this belief did not deter him from siding with the Union once the war began.10 He played a prominent role in Missouri’s provisional Unionist government as its state treasurer, during which he campaigned against the incessant partisan guerilla warfare that plagued the Midwest.11 But Bingham’s greatest impact on Missouri’s perception of the war would be through his most infamous genre painting, General Order No. 11. For many years after its creation, the painting was seen as Bingham making General Thomas Ewing, a central figure in the painting, “infamous with my pen and brush so far as I am able” for issuing the namesake order.12 However, recent scholarship believes the painting’s intended message was as an emancipationist allegory; Dr. Joan Stack defines the painting’s uncharacteristic “artificial theatricality” and “‘staging’ of the action” as artistic hints to its metaphorical nature.13 Regardless of the interpretation, General Order No. 11 remains a masterpiece of social commentary in its depiction of Missouri’s immense suffering as a result of the war and is a fitting capstone to Bingham’s role as an artist and public servant.

Throughout his life, George Caleb Bingham was an artist, a politician, a state treasurer, and a political commentator, but perhaps his greatest role was that of archivist. Through his paintings, he provided a window into the experiences of Missourians as they and the larger United States were forming themselves into the social and political structures we know today. Through his steady hand and sharp eye, we see Missouri emerge from a borderland on the western edge of American settlement into a major social and economic player in the United States. Through his artistic skill, we see the love Bigham had for his adopted state and how he sought to show its beauty and history. Perhaps this is why George Caleb Bingham, “The Missouri Artist,” truly deserves his title as one of “America’s greatest artists.”14 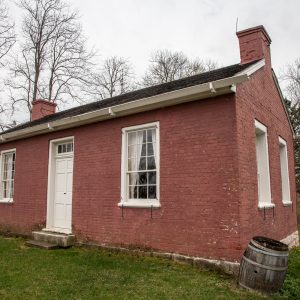 Stack, Joan. “Toward an Emancipationist Interpretation of George Caleb Bingham’s General Order No. 11: The Reception History of Painting and Remembering Civil War in Missouri.” The Missouri Historical Review 107, no. 4 (July 2013): 203-221.