The Louisiana Purchase encompassed 827,000 square miles (530,000,000 acres) of land within the North American continent.1 Prior to the purchase of Louisiana, the footprint of the United States was confined to land east of the Mississippi River. The purchase gave the United States control of a large section of land in the middle of the North American continent. The Louisiana Territory became a focus of the ambitions and goals for the American people and a site of new discoveries. But these disruptions came at the cost of violence toward and disruption of the Indigenous peoples who had long inhabited the region.

The Louisiana Territory was a massive area of land in the center of North America. Before the United States gained control of the region from the French in 1803, Indigenous peoples controlled the American interior and various European empires vied for control of the territory. The Louisiana Territory included several key geographical pieces that resulted in the eventual success of the Midwest as well as the United States. The Mississippi River, which runs north from what is now the state of Minnesota and south to the Gulf of Mexico, was a vital transportation route for goods and people. Referred to as the confluence region by historian Stephen Aron, the area around the juncture of the Missouri and Ohio rivers with the Mississippi River was both a geographic place of convergences, as well as a meeting place of Indigenous nations and European empires.2

French colonists, who mostly came from French American colonies, first arrived and settled along the Illinois and Upper Mississippi River in the late seventeenth century. They farmed the river bottomlands and traveled west of the river, into what became Missouri, to mine salt deposits and engage in the fur trade with the many Indigenous groups, in particular the Osage and the Missourias, who inhabited the region.  French habitants, as they were called, established the first permanent settlement on the western bank of the Mississippi River at Ste. Genevieve in 1750. French colonists increasingly settled west of the Mississippi, after the British gained control of the American land east of the river, after their victory over France at the end of the French and Indian War in 1763.3 The year before, France had ceded control of Louisiana to Spain in the Treaty of Fontainebleau, in recognition of Spain’s support during the war with Great Britain.  In addition, Louisiana was expensive to administrate, and few French settlers had moved to the colony. This was particularly the case in the area that became Missouri, where only 1,000 settlers resided at the time the Spanish took control.  During Spanish rule, the population of the future state of Missouri more than tripled, largely due to generous land grants by the Spanish, which they offered to entice Americans to move into the region. French traders also established St. Louis as a successful trading post in 1764.4

Napoleon, who came to power in France in 1799, had big plans for Louisiana and the rest of his American empire in New France. His ultimate goal was to regain control of both Louisiana and the island of Saint-Domingue (now Haiti).  The French Caribbean colonies, which included Saint-Domingue, used enslaved agricultural workers to produce valuable commodities that were in high demand in European markets. Suffering brutal treatment and inspired by the events of the French Revolution, the enslaved people of Saint-Domingue, led by Toussaint L’Ouverture, staged an uprising against their enslavers, and took control of the island in 1791.5 After he came to power in 1799, Napoleon hoped to regain control of the French colony and restart the production of sugar, coffee, and other commodities. The port of New Orleans was an important trade venue, and the Louisiana colony was integral as a grain producing region for France’s American empire. Napoleon negotiated with Spain for the return of Louisiana to France in the Treaty of San Ildefonso in 1800.6

Napoleon soon accepted that he had been defeated by the formerly enslaved people of Saint-Domingue and, therefore, decided that control of Louisiana would be too expensive to justify. Unaware of Napoleon’s intention to relinquish his claim to France’s North American holdings, President Thomas Jefferson asked American envoys James Monroe and Robert Livingston to negotiate with France to purchase the Port of New Orleans and West Florida for up to $10 million.  To the surprise of the American diplomats, Napoleon offered to sell France’s preemptive claims to all French Louisiana to the United States for $15 million. Jefferson’s purchase of Louisiana doubled the land mass of the United States.7 Within this acquisition, the nation gained control of the entire length of the Mississippi River in addition to the port city of New Orleans.  Although he was concerned about the constitutionality of the purchase, President Jefferson decided that the vast benefits of the acquisition outweighed any legal concerns.8

Once the territory belonged to the United States, Thomas Jefferson sent Meriwether Lewis and William Clark on an expedition to learn more about the newly acquired land. One specific goal of the expedition was to discover a waterway that led to the Pacific Ocean. Jefferson’s expectation for the new American territory was to open land for citizen farmers to create generational wealth and expand American democracy. Jefferson and many other government officials negotiated and implemented treaties to manage Indigenous nations’ long-existing claims to the land. “Jefferson used the networks created by treaties to further the program of gradual ‘civilization.’ Through treaties and commerce, Jefferson hoped to continue to get Native Americans to adopt European agriculture practices, shift to a sedentary way of life, and free up hunting grounds for further white settlement.”9 Some nations fell in line with Jefferson’s “civilization” programs, while others rebelled against the United States government. Historian Robert Lee says that ultimately the purchase price of Louisiana was actually much higher than the $15 million given to France. This amount only accounts for the price paid for France’s claims to the land. The US government continued to take land from the Indigenous peoples who inhabited it through various means, including violence, intimidation, and treaties. Lee argues the United States government has paid “no less than $2.6 billion” for 222 cessions of First Nations’ title to the land that comprised the Louisiana Territory as well as settlements and annuities related to it in the many years since its purchase. This amounts to “$418 million in 1803 dollars or more than $8.5 billion in 2012” dollars. This dollar amount does not account for the human costs of the American settlement of the Louisiana Purchase, however.10

Although some were already living on Louisiana Purchase lands, the migration of white Americans accelerated quickly after Jefferson’s purchase and over the following decades they settled in the areas that became part of the present-day states of Arkansas, Colorado, Iowa, Kansas, Louisiana, Minnesota, Missouri, Montana, Nebraska, New Mexico, North Dakota, Oklahoma, South Dakota, and Wyoming. American settlers moved to the Upper Louisiana area that became Missouri, bringing their “property,” which included household items, livestock, and even enslaved people, into the territory. In the years following the conclusion of the War of 1812 in 1815, there was a land rush in the Boon’s Lick region, along the Missouri River in central Missouri, as settlers from the Upper South flocked to the region in search of fertile and inexpensive land.11

As more Americans moved into Louisiana Territory, the topic of statehood became a common conversation. After the state of Louisiana entered the union in 1812, the northern portion of the Louisiana Territory was renamed the Missouri Territory. At the time Congress considered Missouri statehood, there was a balance between 11 free states and 11 slave states.   This kept a balance within the US government as far representation in the US Senate. When Missourians petitioned for statehood, a controversy erupted in Congress as to whether or not it should admit Missouri as a slave state. After much controversy, the Missouri Compromise of 1820 divided the lands of the original Louisiana Purchase into two parts. Any land north of Missouri’s southern border – with the exception of Missouri itself – would be free of slavery, while anything south of the border would allow slavery. Missouri entered the Union as a slave state in 1821 and the state of Maine entered the Union as a free state in 1820.

The Louisiana Purchase provided the United States with geographical pieces essential to trade routes in the central part of the country, linking the heart of the nation with the greater Atlantic world.  It also led to the expansion of American settlement up and down the major rivers in what eventually became the Midwest. The amount of land occupied by White Americans doubled through this acquisition. By the late 1820s, white Missourians had forced most Indigenous peoples out of the state through intimidation, violence, and treaties and resettled them on land west of the Missouri state line in what eventually became the states Kansas and Oklahoma. With the “Platte Purchase” of 1836, the Americans achieved the forcible removal of all Indigenous peoples from what is now the geographic boundaries of the state of Missouri. This completed what historian Stephen Aron has called the “ethnic cleansing of Missouri” and further opened up the state to the expansion of slavery.12 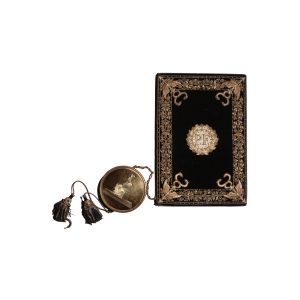 President Thomas Jefferson sent diplomatic envoys, James Monroe and Robert Livingston, to France to negotiate with Napoleon Bonaparte for the purchase of the port of New Orleans (and possibly Florida) in a bid to control access to the Gulf of Mexico. They were authorized to pay up to $10 million. Napoleon needed money as a … Louisiana Purchase Treaty 1803